As we work on our whole body for a better-built body structure, there is the need to work on the different muscle groups of the body; such as the biceps, shoulder, legs, back, abs, and core, arms, chest, Obliques, etc.

Generally, some people would just hit the gym and do their ‘thing’ without really knowing what effect the exercises they are doing is having on their bodies. Not also knowing if they are doing it right or wrong, or what part of the body they really want to improve or build.

I think if you really have the idea of what you want to achieve at the gym, it will be pretty easy for your goal to be attained, because you have an objective, not exercising without a clue!

The bicep is one of the vital body aspects that should be worked on, I believe most people would like to have a massive, strong, and better-looking biceps. Hence, here are some tips on how to get the best out of your exercises for biceps; in other words, good bicep exercises.

One of the most effective exercises of building a good bicep is Alternate hammer Curl! This is a strength exercise that primarily targets the biceps and also the forearm effectively.

This is done by standing with your torso upright and dumbbells in each of your hands at arm’s length. Make sure that your elbows are close to your upper body(torso). Now, having the dumbbells in your grip,  begin to move the dumbbell on one arm towards your shoulder, until it is on a shoulder level, then slowly return to the starting position. Do the same to the other arm.

You must only move the forearms when raising the dumbbells to your shoulder level. It is important you note that so that it is properly done.

This is yet another exercise for the biceps and the forearms. It is simply done by sitting on an incline bench with a dumbbell in each of your hand, held at arm’s length. Make sure that your elbows are close to the torso.

Now begin by lifting the dumbbell on one hand toward your shoulder level, and slowly returning to its former position of arm’s length. Do the same to the other arm as well. Make sure that during the lifting; it should be your forearms that should be moving to your shoulder, nothing else should move. Your entire body and your upper arm should be stationary!

Do as many repetitions as possible.

Standing with your torso upright, while holding a barbell with an upturned hand (i.e with your palm forward). Make sure that your elbows are close to the torso with your hands at shoulder-width grip on the barbell.

Begin to lift the barbell forward towards your shoulder, making sure at the same time that your torso, your legs, and upper arm do not move at this point, except your forearms. After getting to your shoulder level with the barbell, slowly return back to the initial position, which was the starting point. Do as many repetitions as possible.

You may also do this by holding the barbell at a close grip, instead of shoulder width level.

Barbell Curls Lying Against An Incline

This is done by lying on the incline bench; this time it’s against an incline bench. Can you almost sense the impact? That’s right. So, you start by simply lying against the incline bench, while holding the barbell (palms turned forward) at arm’s length. Start by lifting (curling) the barbell towards your shoulder and back again to the starting point. Continue doing as many as possible.

Always note that it is only the forearms should be moving, not the upper arms or any other part of your body.

The ‘Brachialis-SMR’ may not be one of the ‘conventional’ biceps exercises you may know, but it is sure one of the most effective. Its effect on the biceps is extraordinary.

To do this is very simple yet very effective. Simply lie on your side, having your upper arm

Unfortunately, I couldn’t bring you a video to support this at this time.

These are but few good bicep exercises that could be done to improve your biceps significantly. They are very simple to do, yet effective when done properly. Speaking of doing it properly, that’s the reason I included the video to support the text, to make it a lot easier to grasp.

If you need some good supplements to help build those biceps, click here or here. Better still, check out our reviews for varieties. 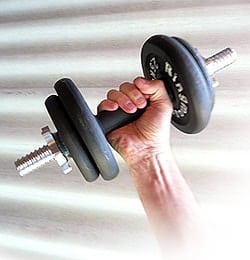 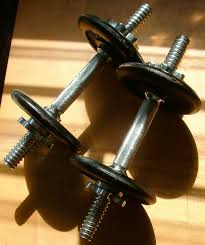 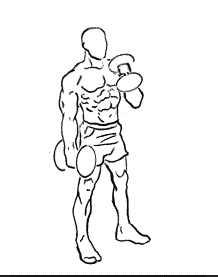 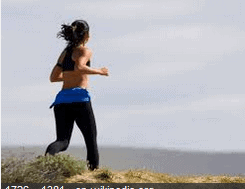